The 18th century was the ‘Golden Age’ of scientific academies and learned societies. This work provides valuable information on the historic application of natural ingredients with medicinal qualities, as well as a somewhat early history of the experimentation and progress in the field of medicine, by drawing from the methodology and recipes of a notable eighteenth century German physician and educator in the field – Andreas Elias Büchner.

Following a five-point outline, the writer compiles a lengthy and well organized list of medical ailments or discomforts and the simple remedies for them, over 24 pages, a very small sampling of these being parageusia (a distortion of the sense of taste), digestive issues for which are listed various laxatives, skin sensitivities and emollients, “alterantia” or hormonal alterants, and diaphoretics.

A section headed “Special Formulas,” comprising 23 pages of more complex medicinal recipes, provides ingredients and measurements for various emulsions, syrups, pills and much more. [During Büchner’s time, pills were made by mixing the active ingredients with an excipient such as glucose syrup in a mortar and pestle to form a paste, then rolling the mass by hand into a long cylindrical shape (called a “pipe”), and dividing it into equal portions, which were then rolled into balls, and often coated with sugar to make them more palatable.]

Andreas Elias Büchner (1701-1769) was a German physician, naturalist, Professor of Medicine at some of Germany’s leading institutions, president of the German National Academy of Sciences Leopoldina from 1735 to 1769, and one of Friedrich Hoffmann’s most zealous followers.

Büchner studied medicine at the Universities of Erfurt, Halle and Leipzig. In 1722 he received his doctorate in Erfurt. After an educational trip to Franconia, Swabia and Lower Saxony, he became a Professor at the University of Erfurt. In 1724 he obtained a Master of Arts in Philosophy. His nearly life-long connection to the Deutsche Akademie der Naturforscher Leopoldina [German National Academy of Sciences] began in 1726 when he was accepted as a ‘Bacchius. Three years later he was employed as Landphysicus of the Office in Großrudestedt, performing this role from Erfurt, where he received the fourth full professorship of the Medical Faculty in the same year. In 1733 he was made Director of the Ephemeridum journal, and in 1735 he was elected 6th President of the Leopoldina, retaining this title until 1769. In 1744, Büchner was also appointed Full Professor at the University of Halle, being promoted shortly thereafter to the Private Medical Council. For three terms, 1745/46, 1758/59, 1767/68 he was Prorector of the Alma Mater. Büchner was also a foreign member of the Prussian Academy of Sciences from 1738.

According to Hirsch-Hübotter I, 1756, Andreas Elias Buechner (Büchner, 1701-1769) was one of the most ardent supporters of Hoffmann, very learned and industrious, popular among students, an excellent practitioner, author of a large number of books published between 1729 and 1752 on physiology, pathology and therapy, pharmacology, having also written numerous dissertations.

The oldest national medical academy still in existence is the “Deutsche Akademie der Naturforscher” (Leopoldina), which was founded in 1652 in Schweinfurt as a private society, and subsequently became an imperial institution with substantial privileges, after which it underwent steady growth for several decades.

Materia medica (English: medical material/substance) is a Latin term for the body of collected knowledge about the therapeutic properties of any substance used for healing (i.e., medicines). 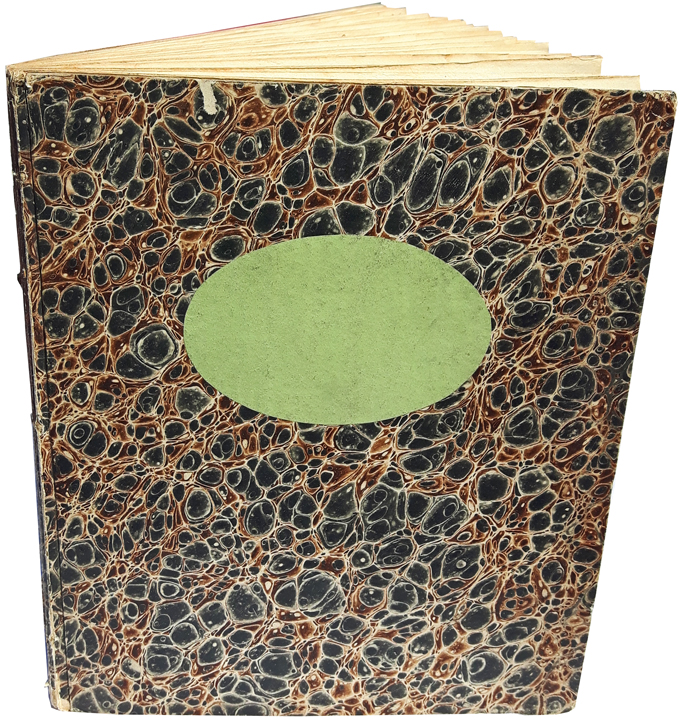 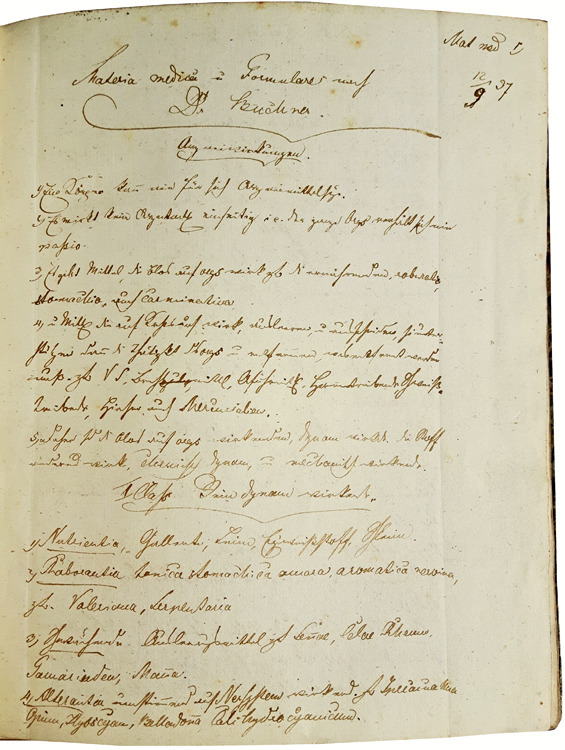 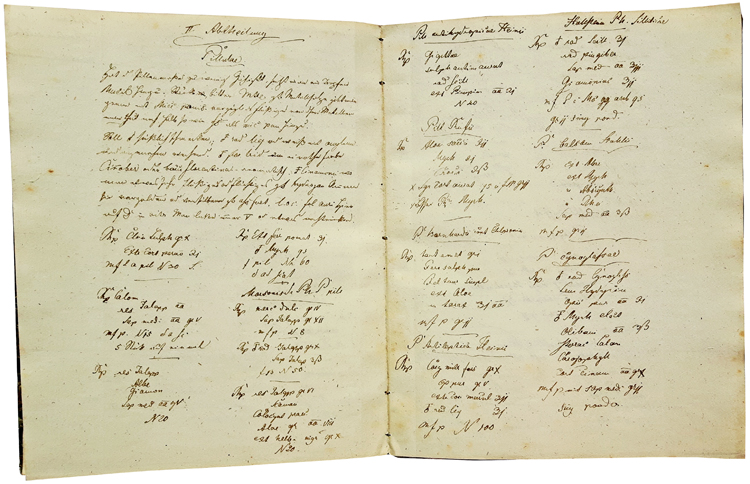 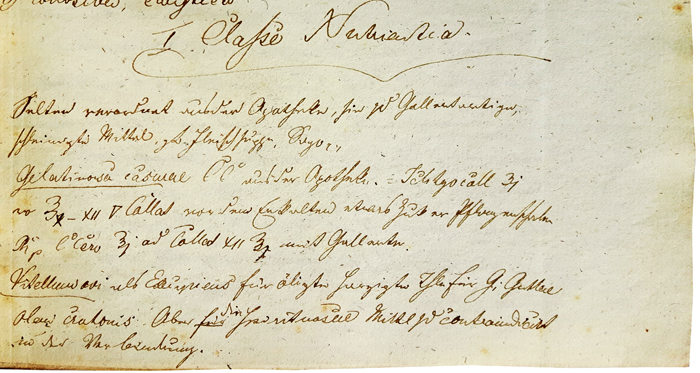 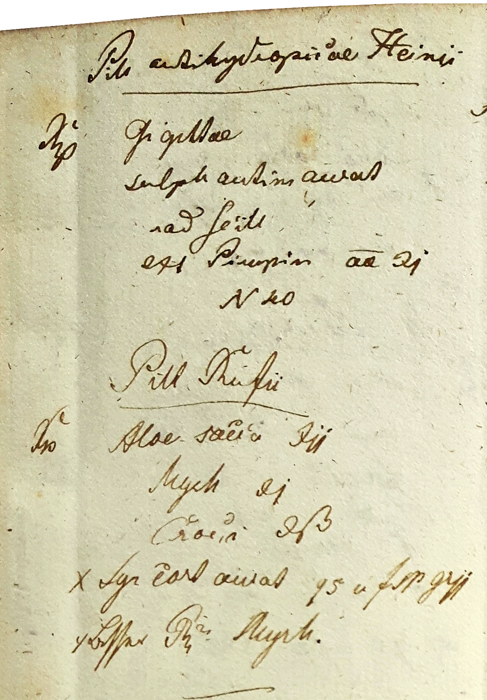 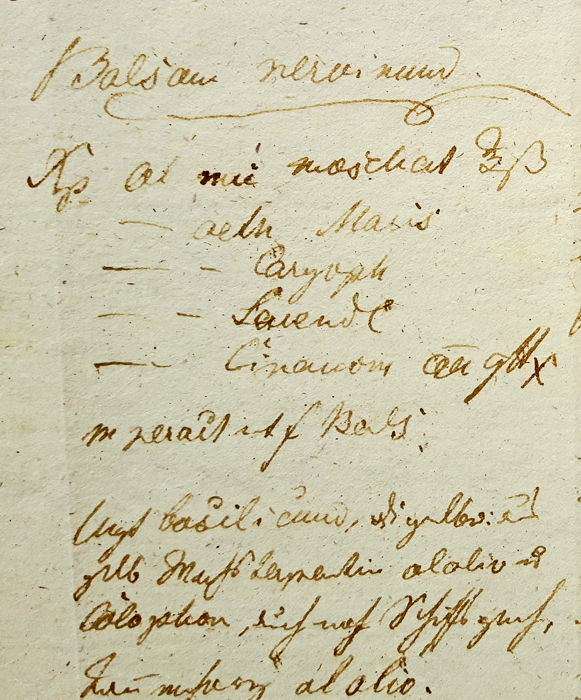