Title: Sur l’emploi de l’instrument des passages pour la détermination des positions géographiques. A l’usage des officiers de l’étât-major-général en Russie, par F.G.W. Struve.
[On the Use of the Transit Instruments for the Determination of Geographical Positions. For use by Officers of the State in Russia, by F.G.W. Struve]

An early treatise on the transit telescope, consisting of detailed theory and instruction for use of the apparatus, as set forth by renowned astronomer Struve while he was teaching at the Dorpat observatory in Estonia. With 3 diagrams for illustration. This is the original French translation – expanded and augmented with new material – of a separately printed pamphlet by Struve, published in German Language in St. Petersburg 1833. This french edition evidences formulae corrections by the author and also a new comparisons beween transit instruments devised and built by Troughton and by Ertel. A fascinating work revealing scientific advance in the making of instruments which would revolutionize navigation. Quite rare as COPAC only finds 15 copies in Libraries Worldwide.

Friedrich Georg Wilhelm von Struve (Vasily Yakovlevich Struve) (1793-1864) was a Baltic-German astronomer from a famous dynasty of astronomers. From 1813 to 1820, he taught at the university and observed at Dorpat Observatory in Tartu, Estonia, and in 1820 became a full professor and director of the observatory. He was occupied with research on double stars and geodesy until 1839, when he founded and became director of the new Pulkovo Observatory near St Petersburg. Struve discovered a large number of double stars, made numerous micrometric measurements of the same, and was also the first to measure the parallax of Vega. He published some important scientific works. Among other honors, he won the Gold Medal of the Royal Astronomical Society in 1826, and was elected a member of the Royal Swedish Academy of Sciences in 1833. The asteroid 768 Struveana was named jointly in his honour and that of Otto Wilhelm and Karl Hermann Struve and a lunar crater was named for another 3 astronomers of the Struve family: Friedrich Georg Wilhelm, Otto Wilhelm and Otto.

Also involved in geodetic surveying, in 1831 he published ‘Beschreibung der Breitengradmessung in den Ostseeprovinzen Russlands’. He initiated the Struve Geodetic Arc, which was a chain of survey triangulations stretching from Hammerfest in Norway to the Black Sea, through ten countries and over 2,820 km.

The meridian circle, transit circle, or transit telescope is an instrument for observing the time of stars passing the meridian, at the same time measuring its angular distance from the zenith. The idea of having an instrument (quadrant) fixed in the plane of the meridian occurred even to the ancient astronomers and is mentioned by Ptolemy, but it was not carried into practice until Tycho Brahe constructed a large meridian quadrant. They are a special purpose telescope mounted so as to allow it to be pointed only at objects in the sky crossing the local meridian, an event known as a transit. These telescopes rely on the rotation of the Earth to bring objects into their field of view and are fixed on a east-west axis. Meridian circles have been used since the 18th century to accurately measure positions of stars in order to catalog them.

Edward Troughton, FRS (1753-1835) was a British instrument maker who was notable for making telescopes and other astronomical instruments. Troughton quickly established himself as the leading maker of navigational, surveying and astronomical instruments in Britain. Not only did he make great improvements in the design of existing instruments, but he also invented many new instruments. He began his instrument making career with instruments to aid navigation, for example, he designed the ‘pillar’ sextant, patented in 1788, the dip sector, the marine barometer and the reflecting circle built in 1796. Other instruments which he designed were for use in surveying. He designed the pyrometer, the mountain barometer and the large theodolites which were used in the American Coast Survey of 1815, and base-line measuring apparatus. Troughton’s most famous instruments were astronomical ones. He made the reversible Groombridge Transit Circle in 1806, which Stephen Groombridge used to compile his star catalogue, ‘Catalogue of Circumpolar Stars.’. In 1810 he made a six foot Mural Transit Circle which was erected at the Observatory in Greenwich in 1812. In 1816 he made a ten-foot Transit Circle. He never produced any telescopes, however, and the reason for this was that he suffered from colour-blindness which was a defect which ran in his family. He did, however, make use of some of his own instruments to make astronomical observations. For example he observed the transit of Mercury across the disk of the sun in May 1799 and made careful, accurate observations which he published in the scientific literature.

Traugott Leberect Ertel (1778-1858) was a German maker of instruments for astronomical research. In 1812 together with Georg Friedrich von Reichenbach, he founded the Mathematical-Mechanical Institute in Munich, a workshop for astronomical and geodetic instruments, and become its sole proprietor around 1820. In 1819 their first meridian circle was completed, which F. Bessel had ordered for the Observatory of Köningsberg. In this instrument the circular scale with the verniers was used, thus making the accuracy of determining the declination comparable with the accuracy of the hourly angle (up to one second of the arc). A highly successful operation, until the mid-nineteenth century, Ertel remained the sole astronomer to provide the observatories in countries like Germany, Russia and Italy, with his primary transit instrument. After Ertel’s death his sons George and Gustav ran the world-renowned workshop.

The Airy Transit Circle, installed in 1850 and first used on 4th January 1851 is emblematic of the revolution in working practice introduced by Airy at the Royal Observatory. At the time of its installation, the Airy Transit Circle marked a huge advance on existing technology. A transit instrument is always lined up with a north-south line, or meridian. When a star passes over the meridian, the transit instrument can be used to measure the angle at which this happens. Whilst this happens, an extremely accurate clock, called a regulator, is used to measure the time it occurs. These two measurements give the co-ordinates of that star, which can be used to make a star chart – and star position tables to aid navigation. The production of these tables, published annually to this day in the Nautical Almanac, was fundamental to the founding duty of the Observatory, which was to improve navigation. 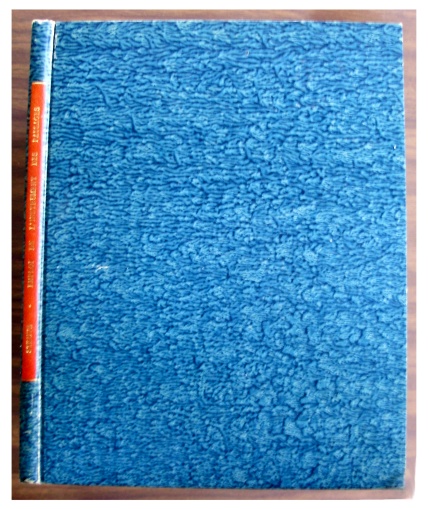 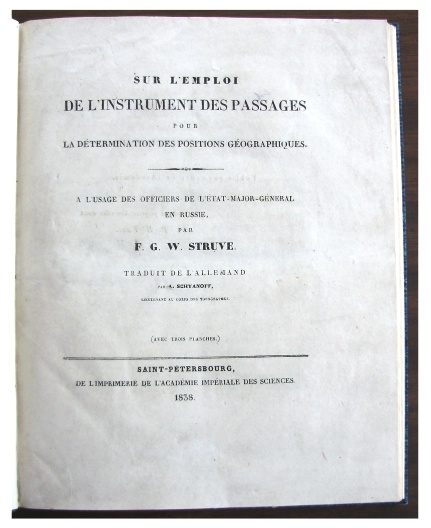 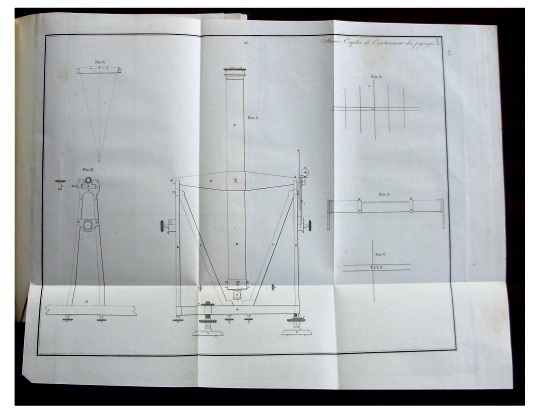 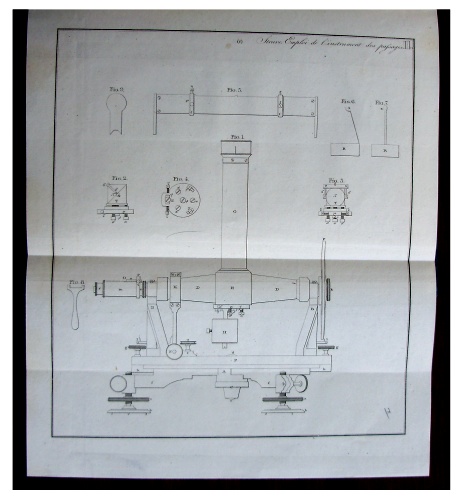 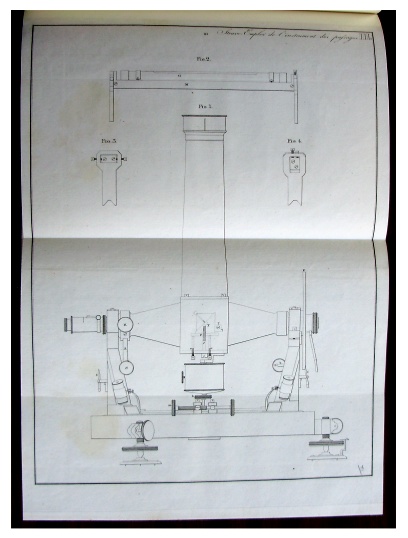 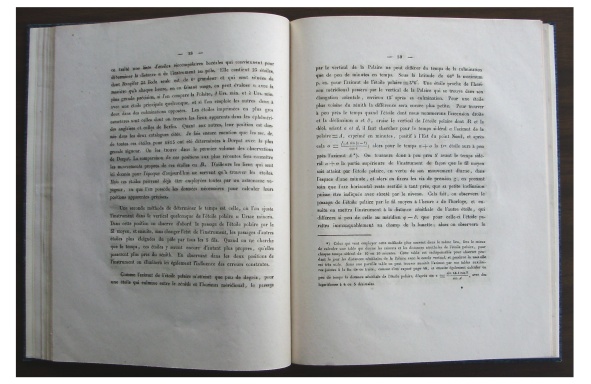