A Striking and Stylish Chinese Junk Oil Painting
With its two strong sails inscribed with Chinese lettering by the artist, this handsome artisan work memorializes the traditions of the ancient Chinese junk, by highlighting the revolutionary and long-standing sailing designs as well as a fascinating superstitious practice. The vessel features painted eyes and an open stern with far reaching tips which exudes speed. A dragon-like flag flies from one of the masts. A stern rudder helps steer through the rough waters of the harbour, which is surrounded by mountains, possibly representing Hong Kong’s Victoria Harbour. The peaked and winged-style stern of the vessel suggests speed and agility at high seas. Five Chinese seafarers onboard are wearing traditional dress.

The Junk was so highly preferred in Eastern Asia that it saw very few modifications through the ages and is still used in China today.

Chinese pirates and merchants alike favored the Junk over other sailing vessels, for many reasons.

The sails of a Junk were designed so that they can move inward, unlike any other western sailing vessel up until the 19th century. This allowed the ship to sail into the wind while stilling moving forward, rather than trying to sail hundreds of nautical miles to find adequate winds. The sails were strong, being fabricated of canvas, silk, or matting, and were further supported by bamboo battens which reinforced the strength of the sail and made it manageable to roll up during high winds.

The Junk was the first vessel to have a rudder – a revolutionary steering design that would be quickly become adapted on every ship built. In the early days of sail, the direction of a ship had been steered by a single large oar at the stern, controlled by one man. However, the oar was typically made from a thin piece of wood, and would often break from pressure from the water. The rudder on the Junk was made of strong elm wood pierced with several diamond shaped holes (called fenestration), and mounted on a hinge attached to the stern. Although it required up to three men to control during rough seas, it remained firm. It could also be adjusted up and down to compensate for different heights of the water.

Painted eyes: In early days, the Chinese painted an eye on each side of the vessel, near the bow, believing that it would help the boat see where it was headed. 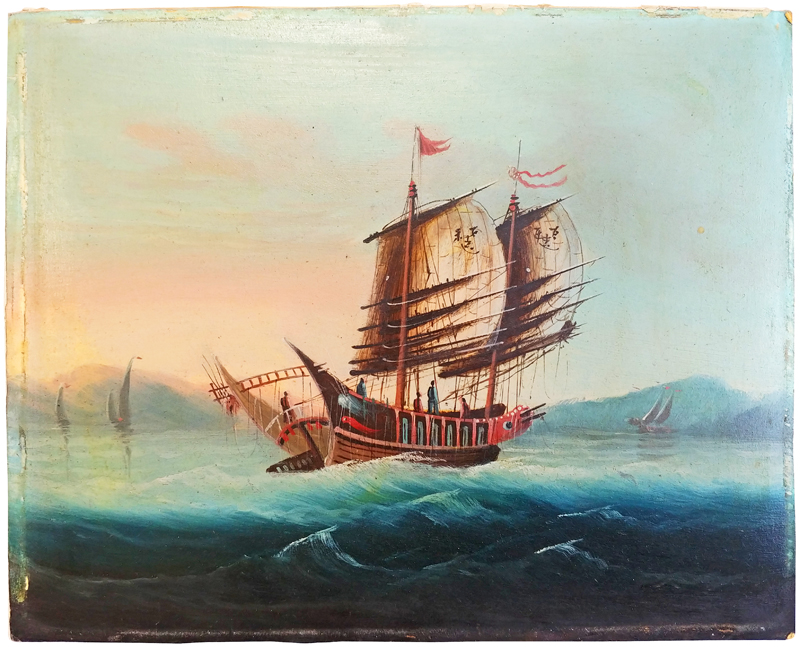