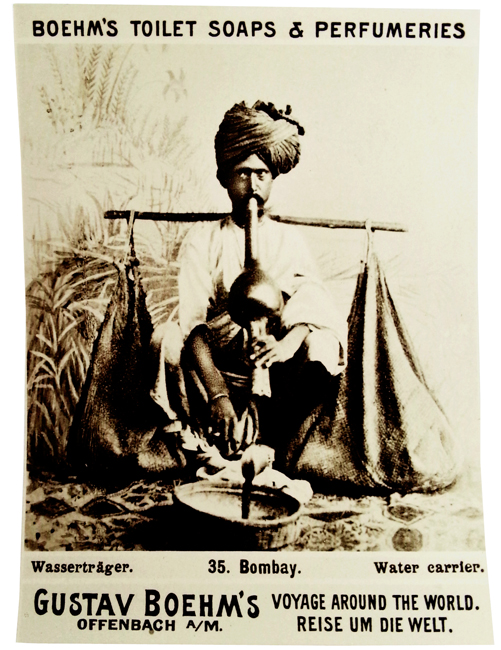 Tobacco smoking under the reign of Prussian King Frederick William I (1713-1740) and Frederick the Great (1740-1786), the latter of whom dogmatically favoured snuff tobacco

Berlin, 1726-1770. Unusual Tobacciana Archive of Scarce and Significant Documents.  Seven separate edicts, from Berlin mid-1700s, are concerned primarily with despotism over manufacturing, selling, exporting, and even using tobacco at a personal level. Topics specifically address matters of potential fire induced by tobacco smoke, quality improvement, regulations and privileges for cigar makers, collection of duties on tobacco and transport, taxation of imported tobaccos, proper procedures for purchasing and selling which most often bereaves any small grower or entrpreneur from profit, and, finally, penalties for disobeying the laws. The earliest are printed by Christian Albrecht Gäbert, the others by Georg Jacob Decker. Folio. Double leafs, early handmade laid paper, untrimmed edges, several featuring woodcut engravings. Text is in German, ranging from 2-6pages of text, each document concluding with the woodcut initials ‘LS’ in cameo. Very good original condition, beautifully preserved.

The collection includes the following:

22 June 1726. 3 pages, issued by the March (Margraviate) of Brandenburg, a major principality of the Holy Roman Empire, prohibits tobacco smoking in the any wooded terrain, forests, and the like.

20 October 1742. 2 pages with a cherub and crown woodcut engraving, prohibits civilians from smoking on hay wagons, and from bringing cigars into a barn.

8 July 1744. 6 pages on 2 double leafs, with a cherub and crown woodcut engraving, issued by the March (Margraviate) of Brandenburg,concerning careless and dangerous tobacco smoking practices. The substantial edict reinstates or re-proclaims an edict of 28 April 1723, appears to present consequences for contravening the law, and mentions in the first paragraph Valangin in Neufchatel-en-Bray, Haute-Normandie, France. Annotations from 1746 to front.

3 May 1745. 3 3 pages with a cherub and crown woodcut engraving, issued by the March (Margraviate) of Brandenburg, being a declaration of general privileges for the tobacco spinner, also known as a cigar maker, which regulates the market, specifically preventing the sale of any tobacco which does not bear the official “duties paid” sticker, and also preventing the purchase of tobacco from directly from farmers.

4 September 1766. 2 pages with a lovely regal woodcut engraving, a declaration of the 15th article, which controls the rights for trade, preventing civilians to sell tobacco to anyone other the Prussian state government.

1 August 1770. 6 pages on 2 double leafs, with three woodcut engravings, comprises nineteen matters on the subject of tobacco contravention, outlining penalties for the illegal possession or transgressional usage of tobacco on which duties have not been paid.

Snuff, a smokeless tobacco made from ground or pulverised tobacco leaves, originated in the Americas and was in common use in Europe by the 17th century. Snuff taking by the native peoples of Haiti was observed by a Spanish monk named Ramon Pane on Columbus’ second journey to the Americas from 1493 until 1496.

By the 17th century some prominent objectors to snuff taking arose. Pope Urban VIII threatened to excommunicate snuff takers. In Russia in 1643, Tsar Michael instituted the punishment of removing of the nose of those who used snuff. Despite this, use persisted elsewhere; King Louis XIII of France was a devout snuff taker, and by 1638, snuff use had been reported to be spreading in China.

By the 18th century, snuff had become the tobacco product of choice among the elite, prominent users including Napoleon, King George III’s wife Queen Charlotte, and Pope Benedict XIII. The taking of snuff helped to distinguish the elite members of society from the common populace, which generally smoked its tobacco. It was also during the 18th century that an English doctor, John Hill, warned of the overuse of snuff, causing vulnerability to nasal cancers. Snuff’s image as an aristocratic luxury attracted the first U.S. federal tax on tobacco, created in 1794. 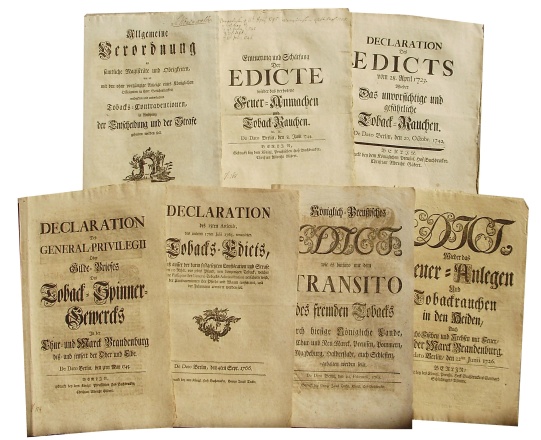 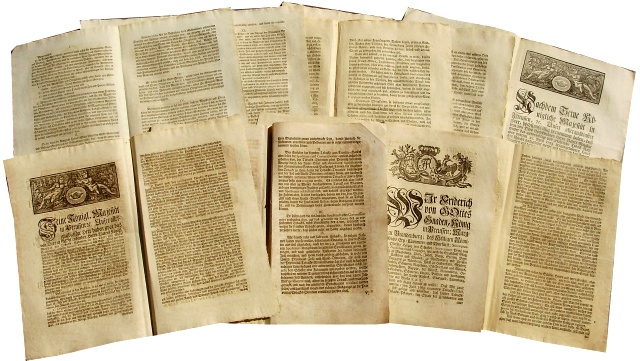 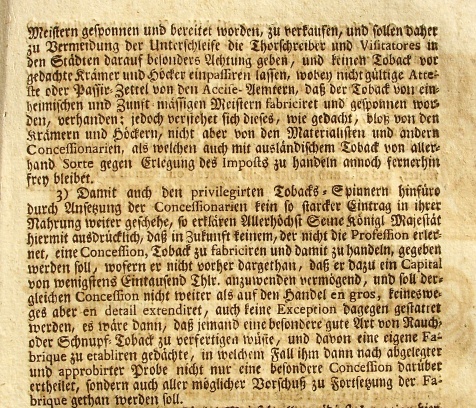 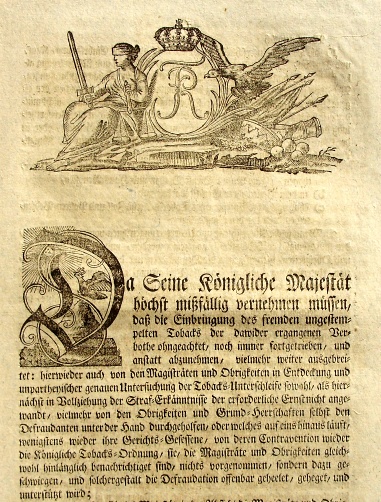 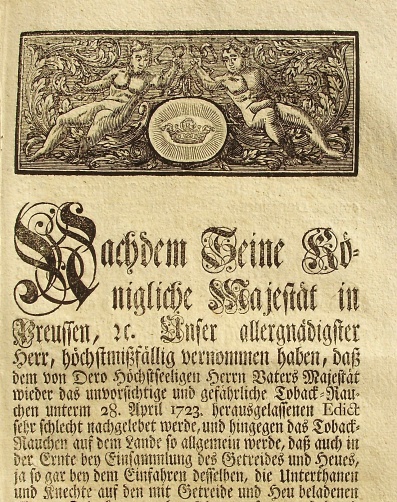 Rare original CDV photos (carte-de-visite) of a circus couple (possibly George Loyal and Ella Zuila ) in a beautifully matched costume, taken in Leipzig, Germany, by a German photographer, Edmund Zwarg junior. From their consume one could suggest that this couple might have been tightrope walkers or acrobat performers. 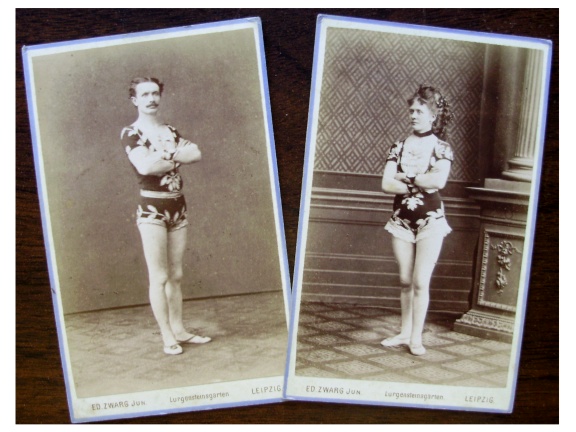 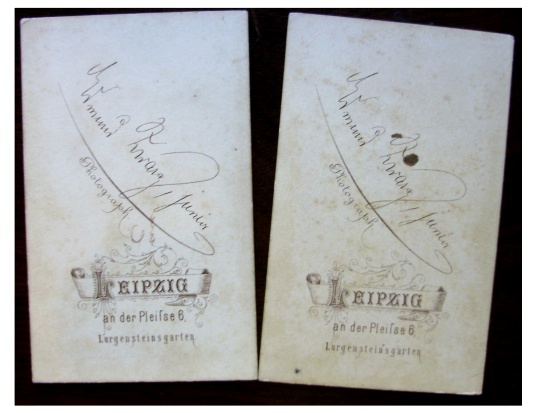 An interesting letter between English upper class aristocrats, pertaining to the natural history of fresh water fish, and the sport of angling, with reference to reports by respected angler and author on the subject, Sir Humphrey Davy, as well as Lord Kinnaird of Scotland. The recipient is unidentified, but could be MP Thomas Creevey, or Samuel Rogers the famous author and banker, both of whom the Baron was frequently communicating with at the time. Dated, Holland House, 17 July 1826, and signed Vassall Holland, the letter was originally sent with two reports from the Select Committee on the Salmon Fisheries of the United Kingdom, published for the Great Britain Parliament, House of Commons, in 1825.

Excerpts from the letter:

“I send you the two reports on the Salmon fisheries printed by the House of Commons last year. You will I think find in them some curious facts relating to the habits of that fish but I believe some previous reports on the same subject contain yet more important particulars relating to their natural history, their rapid carriage & growth & extraordinary strength.”

“These reports are now difficult to obtain and the more so as I do not recollect the exact date of the inquiry. However I have taken steps to ascertain when they were printed & if printed to procure them.”

“Should I not be so fortunate as to get them, I should advise you to apply to Sir Humphrey Davy for the substance of them as he in his double capacity of natural philosopher & skillful angler…”

“Lady Holland has sent with the same parcel a very lively pamphlet written by Ld. Kinnaird on the political state of the Scotch Peers…”

Sir Humphrey Davy (1778-1829), English Baron, was highly respected for his study and skill as an angler. In 1828, two years later than this letter which refers to his expertise, the baron published a book on the subject, titled “Salmonia or Days of Fly Fishing.” Very well received, it was a few editions, and an American edition followed four years later. In it he compares the habits and physiological attributes of river and lake fish throughout Europe, including numerous rivers in England, the Danube, Glommen river in Norway, Lake Morat in Switzerland, the Rhine, and so forth. Naturally, the self-touted philosophical angler, also contemplates various fishing strategies.

Henry Richard Vassall-Fox, 3rd Baron Holland PC (1773-1840) was an English politician and a major figure in Whig politics in the early 19th century. A grandson of Henry Fox, 1st Baron Holland, and nephew of Charles James Fox, he served as Lord Privy Seal between 1806 and 1807 in the Ministry of All the Talents headed by Lord Grenville and as Chancellor of the Duchy of Lancaster between 1830 and 1834 and again between 1835 and his death in 1840 in the Whig administrations of Lord Grey and Lord Melbourne.

Sir Humphrey Davy, 1st Baronet (1778-1829) was a British chemist, inventor, and angler for sport. A learned and accomplished man, he is best remembered for his discoveries of several alkali and alkaline earth metals, as well as contributions to the discoveries of the elemental nature of chlorine and iodine. In 1815 he invented the Davy lamp, which allowed miners to work safely in the presence of flammable gases. In January 1819, Davy was awarded a baronetcy, at the time the highest honour ever conferred on a man of science in Britain. Davy wrote six scientific works, contributed papers to Rees’ Cyclopaedia relating to chemistry, as well as, in 1828, a substantial work on the habits of salmon and other fish, “Salmonia or Days of Fly Fishing.” 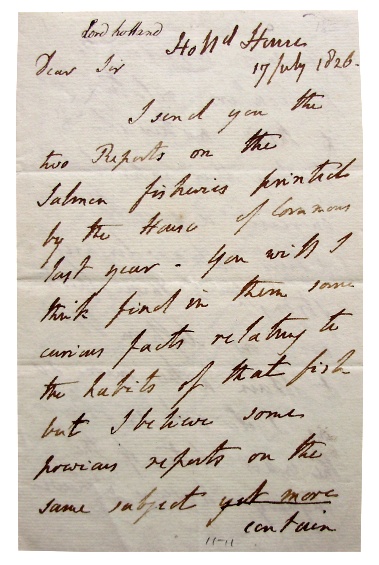 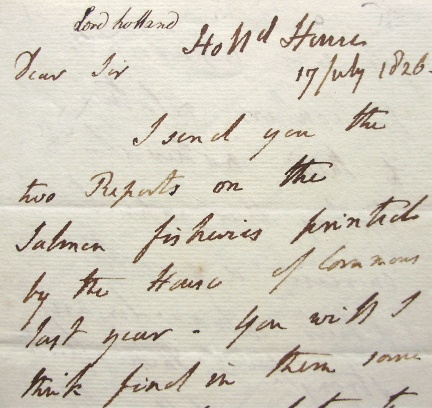 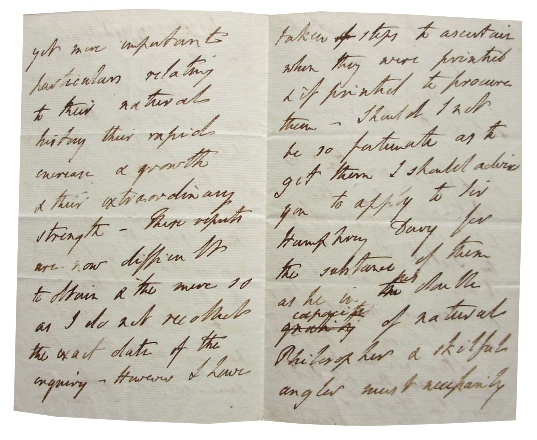 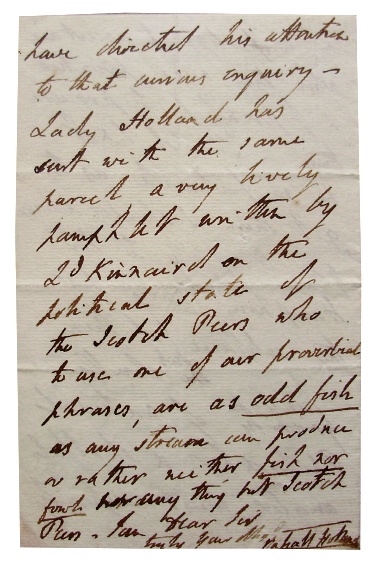 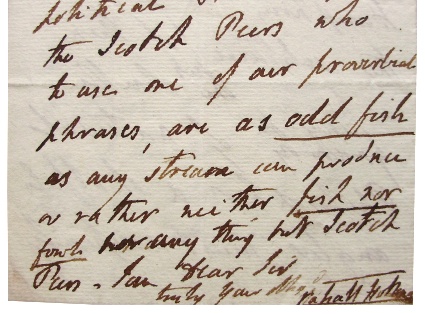 Sir Winston Leonard Spencer-Churchill, KG, OM, CH, TD, PC, FRS (1874-1965) was a British politician and statesman known for his leadership of the United Kingdom during the Second World War (WWII). He is widely regarded as one of the great wartime leaders. He served as prime minister twice (1940-1945 and 1951-1955). A noted statesman and orator, Churchill was also an officer in the British Army, a historian, writer, and an artist. To date, he is the only British prime minister to have received the Nobel Prize in Literature, and the first person to be recognised as an honorary citizen of the United States.

Welcome to our blog. We will be posting interesting articles and news here on our latest discoveries and acquisitions, so stay tuned.